18-119: Statement of REC Networks on LPFM/C Petition for Reconsideration

In the Petition for Reconsideration filed by The LPFM Coalition (LPFM/C) in MB Docket 18-119, the translator interference proceeding, LPFM/C raises some very excellent points in respect to the decisions made by the Commission in the proceeding.

In the Media Modernization proceeding, MB Docket 17-105, REC did raise this the issue of disparity in the protection rules.  While this specific item was rejected without specific reason in the draft of MB Docket 19-193, we do feel that LPFM stations should be afforded the ability to use contour protection to FM translators or other LPFM stations if the LPFM station creates a new short space or decreases an existing short space.

Prior to the news of LPFM/C's Petition for Reconsideration, REC had already started to make arrangements to discuss the LPFM/translator disparity with Commissioner and Media Bureau staff in ex parte presentations.  REC supports the use of contours with an additional interference protection safeguard similar to the one either recently adopted by the Commission in MB Docket 18-119 or one that may be modified on Reconsideration.

REC also supports LPFM/C's arguments that one building/one listener does not provide each listener with due process.  If an apartment building has 30 listeners to the station, then each of those listeners must be counted.

REC sees nothing in the Petition for Reconsideration that we outright oppose and this petition does not conflict with any of REC's efforts to provide LPFM stations with relief from the disparity in protection methods.

REC congratulates LPFM/C on a well-written Petition and they have our support. 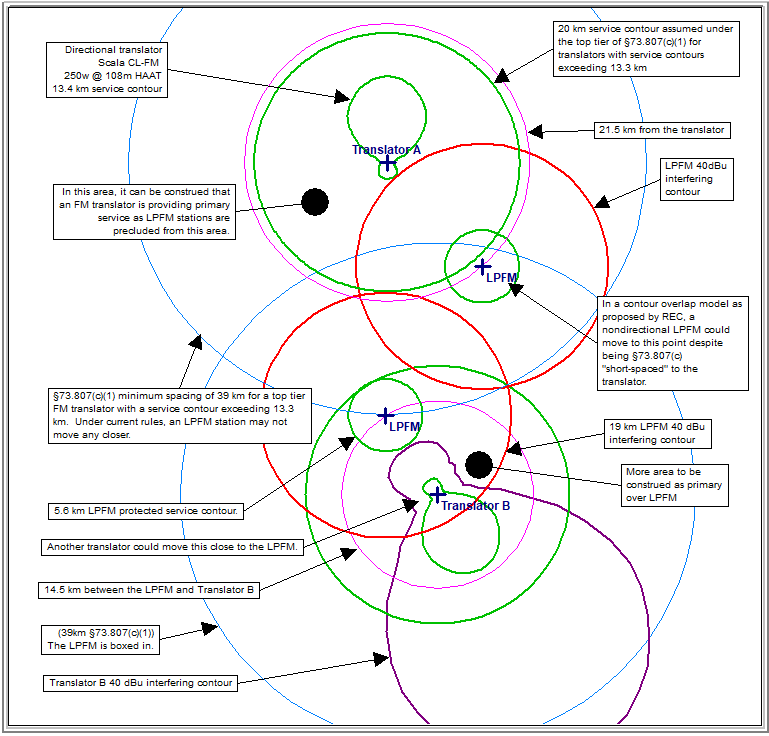