When an LPFM is authorized for less than 100 watts

LPFM, like most other broadcast services is based more around field strength than power. The size of the service contour how the service area of an LPFM station is measured. This size is determined based on a hypothetical power and overall antenna height. LPFM stations are based on a facility running 100 watts at 30 meters HAAT. This produces a service contour of 5.636 km.

If you take a transmitter and place at a higher level such as on top of a tall building, a large tower or a mountain, the transmitter will reach a farther distance. Since LPFM is based on field strength and not necessarily on power, if an LPFM station is at a height higher than 30m HAAT, they will have to reduce power in order to keep the signal at the appropriate field strength for the specific LPFM class.

For example, if an LPFM station is placed in a location that is determined to be 100 meters HAAT, then in order to keep the service contour at 5.636 km or less, the transmitter power is reduced from 100 watts to 9 watts. 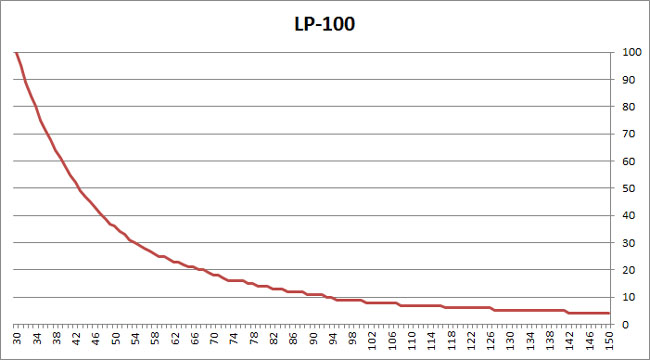 Learn more about HAAT at the FCC. (Note that LPFM uses 8 radials when measuring HAAT)