How to calculate U/D Ratio

Using the curves method (as required for the translator interference process), here's how to determine the U/D Ratio (when you don't have expensive software like VSoft or ComStudy):

NOTE: Use this specific method in the step-action table below only if the proposed translator is non-directional or you are able to positively determine that the FM translator's directional antenna is putting 100% of its field strength (field value: 1.000) in the direction of the listener.  For directional FM translators, please contact REC for assistance.

For the purposes of the FCC FM Translator interference complaint process, for a listener's complaint to be valid: 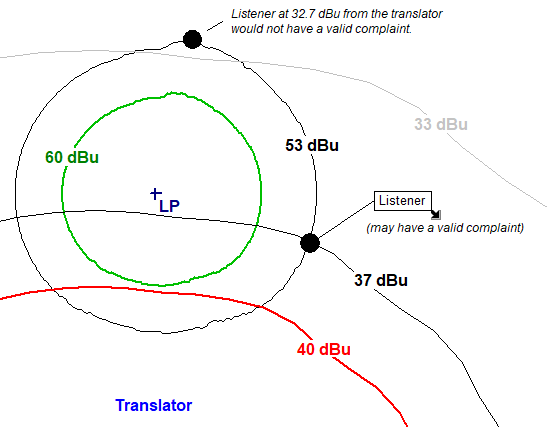 Let's say we have a case where there is a recently modified non-directional FM translator on the same channel as the existing LPFM station.  Doing the steps above, you determine that the listener has a 53 dBu F(50,50) field strength to the LPFM station and a 37 dBu F(50,10) field strength to the modified (undesired) translator facility.  As 37 minus 53 equals -16, then the U/D ratio exceeds -20 and the complaint can be considered.  Now, lets say there's a second listener in a different part of town.  They are also 53 dBu from the LPFM station, however they are 32.7 dBu from the undesired FM translator.  As 32.7 minus 57 equals -20.3, that does not exceed -20 and therefore does not meet the FCC's U/D ratio requirements for translator interference.

Now, let's say it's the same listener, but now, the translator is on a first adjacent channel and is now a bit closer to the LPFM (just barely meeting contour requirements): 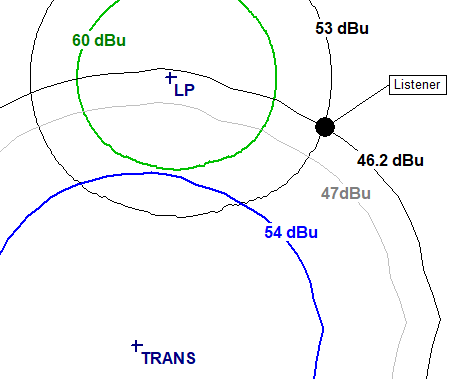 In the case, the listener is still 53 dBu from the LPFM station.  The translator, now being closer, puts a 46.2 dBu field strength at the listener's location.  Since 46.2 minus 53 equals -6.8, it does not exceed a U/D Ratio of -6 and therefore there would be no grounds for a complaint.  A complaint is only valid if, along the 53 dBu contour of the LPFM station, the listener was also inside of the 47 dBu interfering contour of the translator (47-53 = -6). 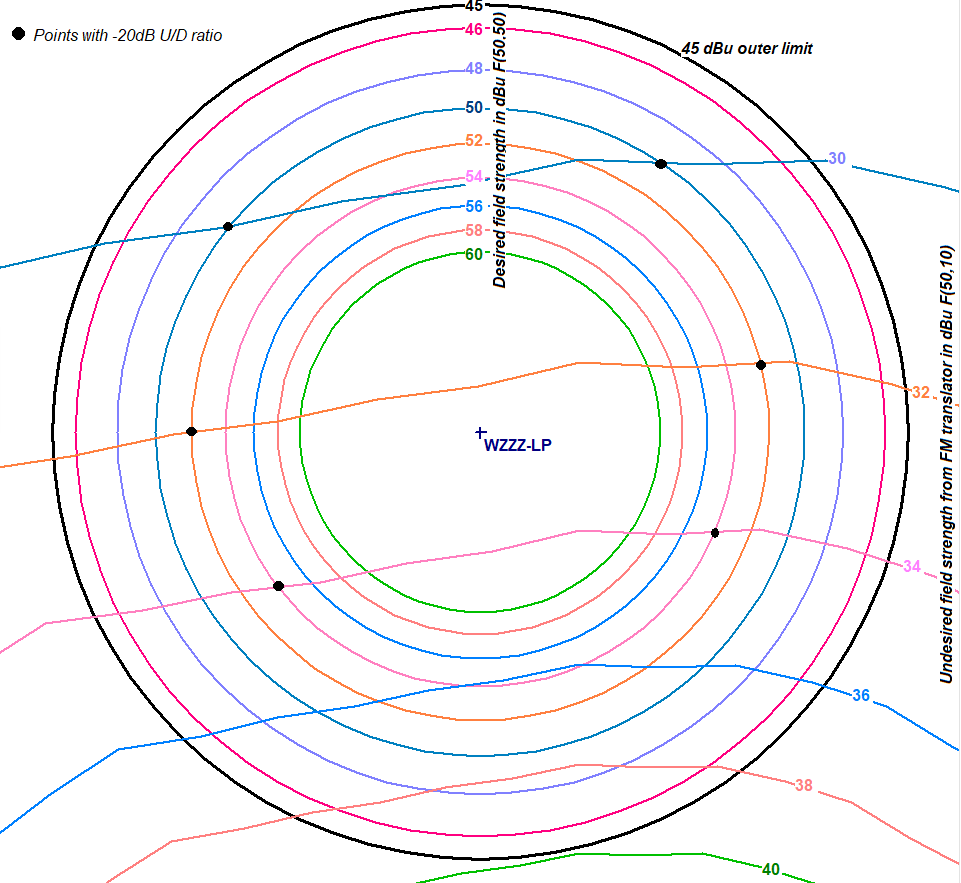